Today we are going to learn to count in 2s. This means that rather than say every number, we miss one out each time.

Have a look at what this looks like on the hundred square below and say the numbers that are coloured in. 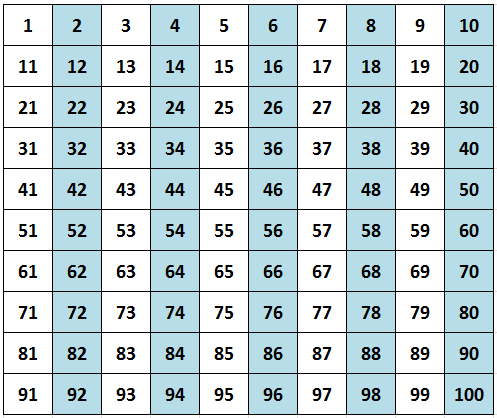 Now that you know the pattern can you say the numbers with me and count in 2s?

If you say the numbers 2,4,6,8,10.... what would the next number be? can you carry on counting from where I finished giving you the numbers?

Independent task: Either ask your grown up to give you a sequence of numbers to carry on for you to write down the next 3 numbers or have a go at the numbers on the sheet below: